Our visit to the D-Day Museum

On the 15th January, Chaffinch class took a trip to the D-day Story Museum, located in South Sea Portsmouth. D-day was the day that really caused the Germans to fall, mostly because of their own poor judgement. All of our landings at Normandy were mostly successful, which must have helped.

In the first room, we found information about both Operation Overlord (the land based attack) and Neptune (the Naval based attack). There was even a brilliant visual speech from a man who, in his time, would have fought. It was so realistic that I wouldn’t be surprised if that exact speech was made once! There were also pictures and information on the 5 D-Day decision makers: Sir Bertan Ramsay, Sir Arthur Tedder, Dwight D Eisenhower, Sir Bernard Montgomery and Sir Trafford-Leigh Mallory and even a bit on the French Resistance. 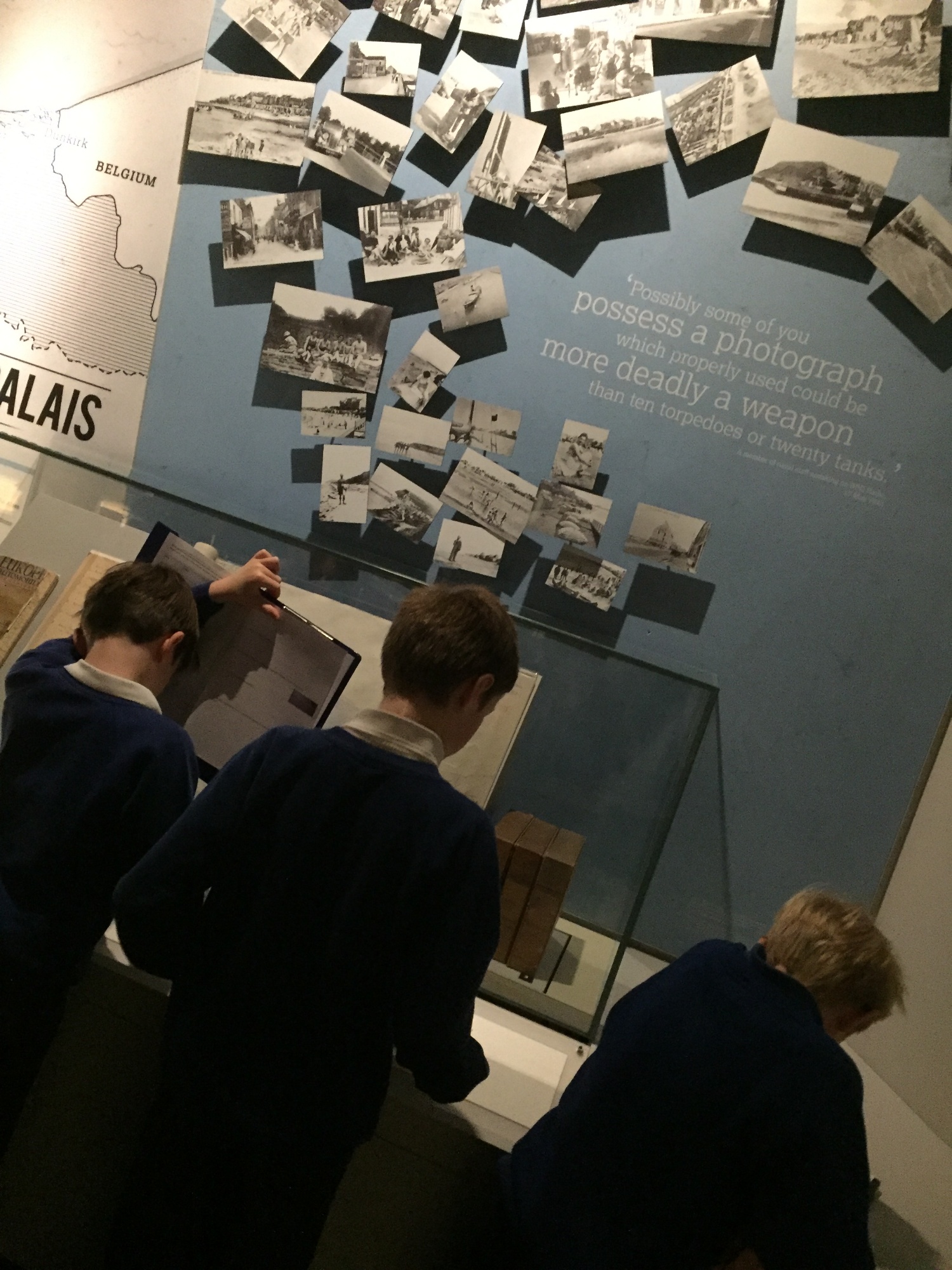 In the second room, which was much bigger; about 2x the size of the first, the first thing I found was information about jobs for women and a big picture of the American Uncle Ted (their person on a poster saying: We Need You!)). The Museum even had WRNS uniforms! The things that intrigued me the most were the vehicles: they had BARVs and a tank and a sea submarine that I’ve forgotten the name of. I liked the model landscape that people were running their fingers along (the fingers represent soldiers) without accidentally running too close to a pillbox or a machine gun pit. It had mini barbed wire and stakes and even mines!

Before progressing to the 3rd room, we watched a video of about 5 different men’s perspectives. I can remember a British Paratrooper, Private, a woman from the French Resistance, a German Sergeant and Private and one more that I can’t remember. It was so interesting listening to the people’s opinions. One thing that they all shared in common was the fact that they all wanted the war to end. 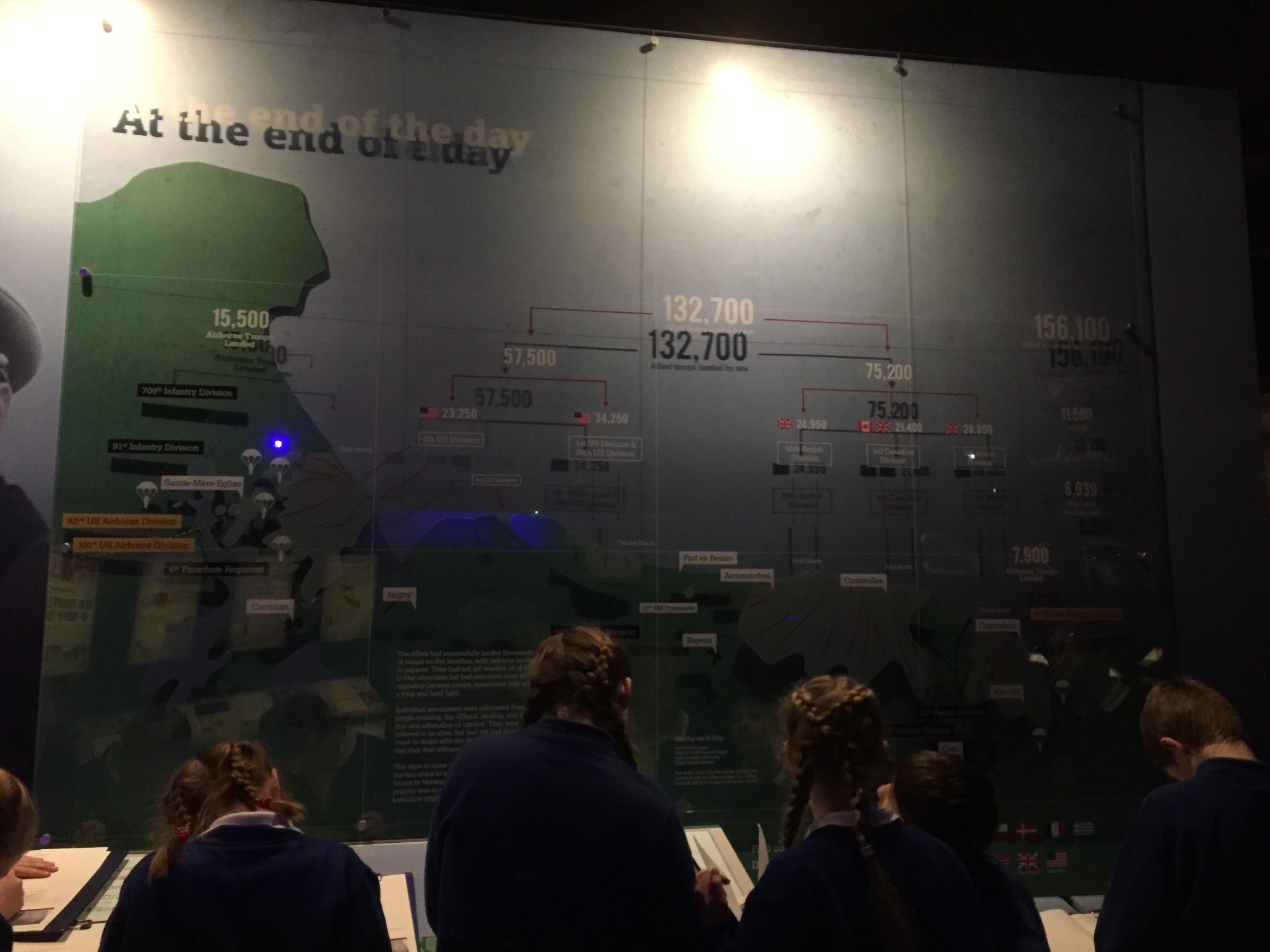 he 3rd room was pretty dark and fairly noisy due to the landing craft simulation showing what it would be like for people travelling in a there. There were giant maps of the beaches different Allies were assigned to travel to. All of them were codenamed as their acronyms e.g. G=Gold beach. I learnt about which beaches Allies travelled to. Most missions were completed pretty successfully. There was also a life-size ocean mine that would’ve floated just beneath the water surface waiting for ships to crash into it which looked impressive. 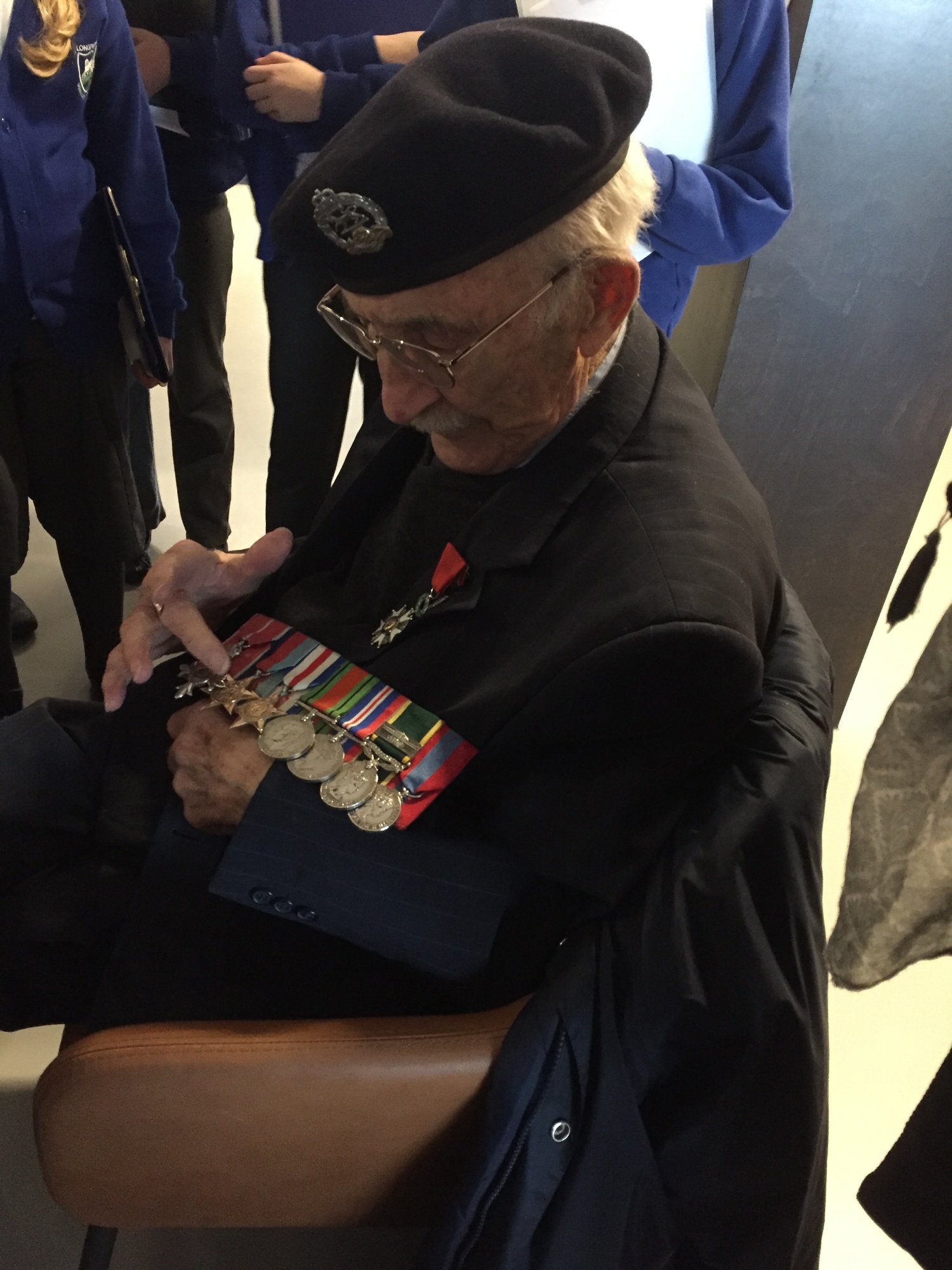 Before having a look at the Overlord Embroidery (a giant tapestry), we had a fascinating chat with John, an actual D-day veteran! He answered some of our questions, showed us a map of where he travelled to (Gold Beach) and told us some of his objectives. They could’ve been: to capture the Meuvaines Ridge, to capture Port En-Bessin’s Port, or to advance inland. It still seemed unreal that we had just had a talk to someone who was actually from D-day itself. After that, we had a quick lunch with some unwanted pigeons and seagulls. 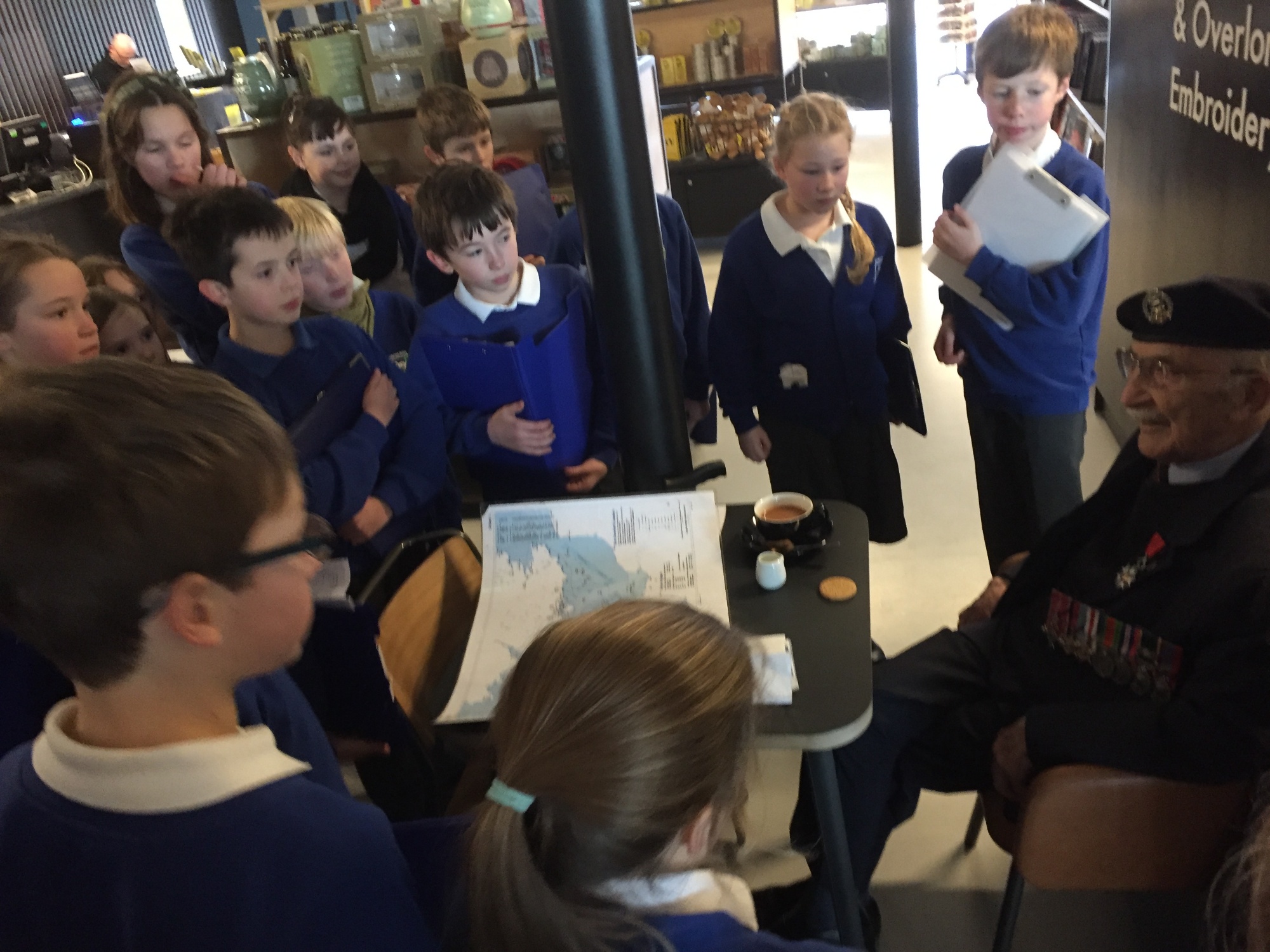 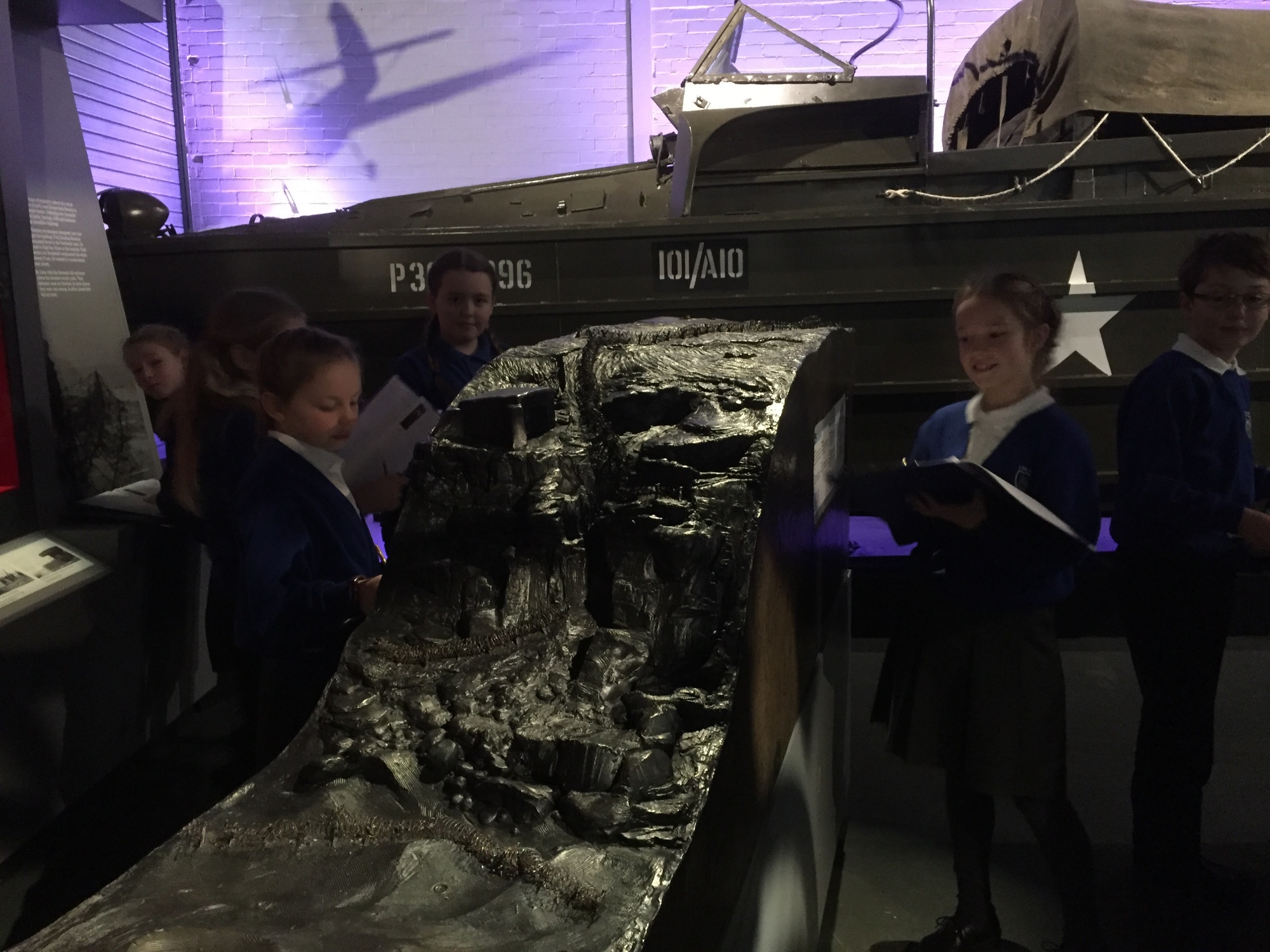 The Overlord Embroidery is a colossal 83 metre-long Tapestry of the events of D-Day which tells the story beautifully. It was finished in 1974 and took 6 years to complete. In the entire tapestry, there are 34 panels, each of them approximately 2.4 metres long. It has lots of fabulous pictures of tanks and prisoners-of-war and other things related to D-Day.

My favourite part was in the 3rd room with the model of the beach slope, mostly because it was so realistic and also because it was fun moving our fingers past the obstacles. The obstacles included: wooden stakes, barbed wire, machine gun pits, pillboxes and mines. 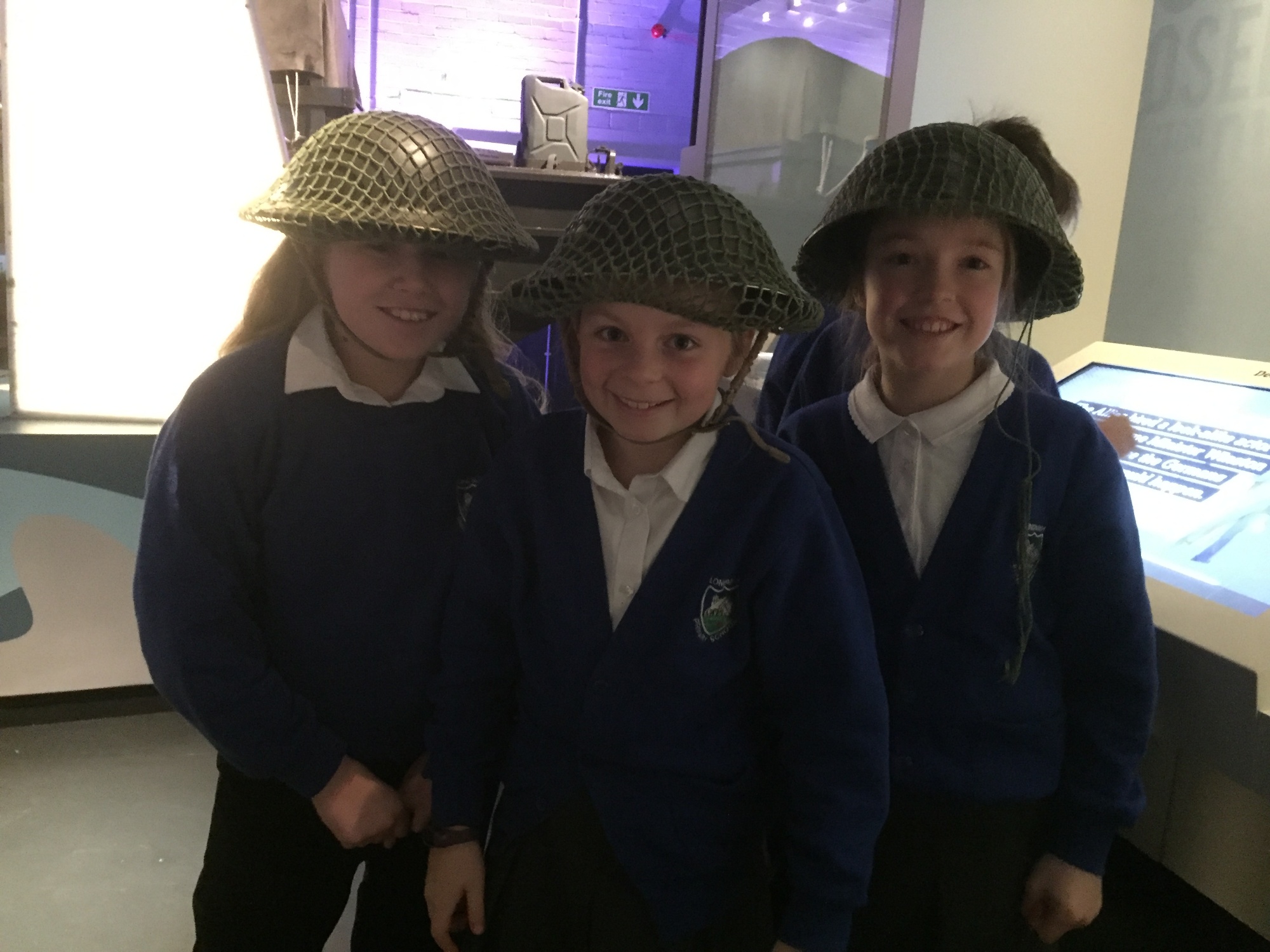 All in all, I thought that it was an excellent trip, and the museum was fantastic! I really enjoyed this visit; it was probably my best school one. It had so much interactive, visual, and written information, brilliant artefacts, and an absolutely stunning tapestry that probably the most impressive thing in the Museum.